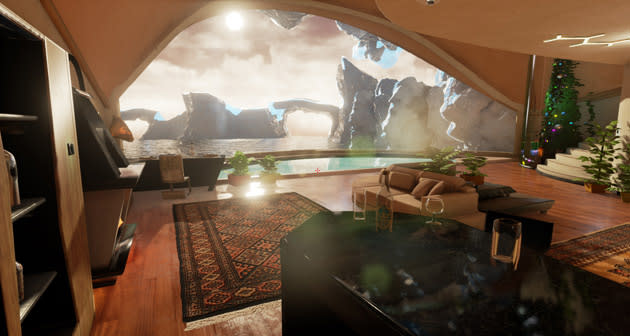 As the medium of virtual reality progresses, its applications only get more incredible. Take Untold Games' Loading Human, for instance. It takes Unreal Engine 4 and infuses it with the tropes of the adventure game genre, only instead of pointing and clicking, you're in that world. Solving puzzles and exploring narrative are at the heart of Loading Human, and it shows in the eerily realistic gameplay clip the studio's released. The game's intended for Oculus Rift, naturally, and Sony's Project Morpheus headset as well.

That's if the studio achieves its Kickstarter goal of $30,000, of course. The 11-person team claims it can create the first episode of a planned three episode game for that paltry sum, with backer benefits ranging from the basic (a thank you in the game) to the extreme ($5,000 gets your face in the game in place of the main character -- creepy!). But when will you get the game itself, given the total lack of a release date (or even a window) for consumer-ready VR headsets? Untold Games is anticipating "Q1 2015" for Rift availability (though, ya know, that's not from Oculus), so maybe then? Only time will tell.

In this article: hdpostcross, loadinghuman, oculusrift, projectmorpheus, sony, untoldgames, video, virtualreality, vr
All products recommended by Engadget are selected by our editorial team, independent of our parent company. Some of our stories include affiliate links. If you buy something through one of these links, we may earn an affiliate commission.