Amazon's new Kindle Oasis is waterproof and has a bigger screen

The new entry-level Kindle is thinner, lighter and still $80

E-book sales in the UK decline for the first time 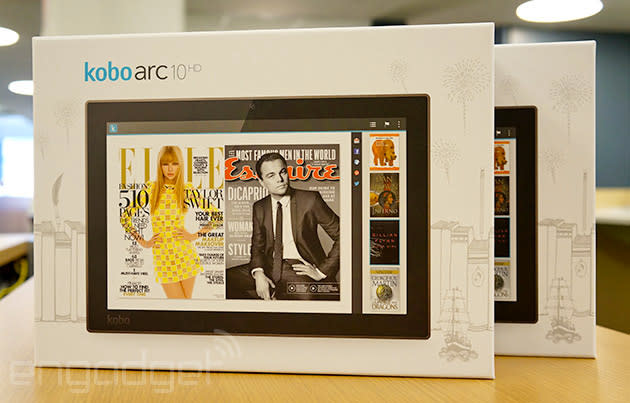 As part of its multi-pronged effort to stop leaking red ink Sony decided to eliminate its Reader division. Rather than simply cut off customers who have already bought one of its devices though, it's turning to the Canada-based e-reader giant Kobo, which has a 4-million strong e-book catalog. The transition is now officially underway, as Sony has announced that Kobo's app will now be pre-loaded on Xperia and Reader devices in the UK, Austria, Australia and Germany. And thus begins the inevitable shuttering of Reader stores across the world, except in Japan. But don't panic, customers will get an email describing how to transfer their library over to Kobo. And until the the transition is complete you'll still be able to buy e-books from the Reader Store. If the whole thing has left a sour taste in your mouth, though, there are plenty of other options.

Update: Sony has added Australia to the list of countries with Kobo coming pre-installed to Xperia and Reader devices, and reminded us that the Sony Reader store will remain open in Japan.

In this article: e readers, kobo, sony
All products recommended by Engadget are selected by our editorial team, independent of our parent company. Some of our stories include affiliate links. If you buy something through one of these links, we may earn an affiliate commission.