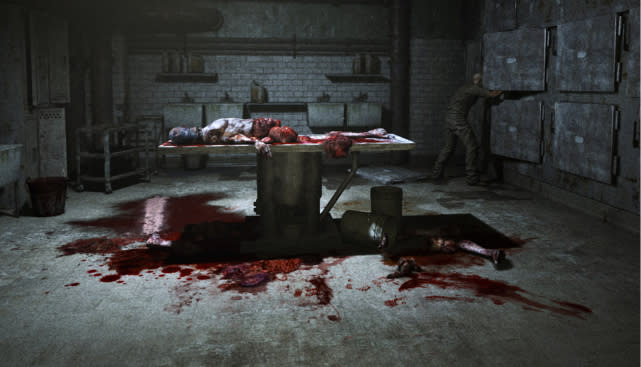 In this weekly series I'll show you how to get your favorite Windows-exclusive PC games running on OS X. For more information on the programs used, check out the Play It On A Mac explainer. For suggestions and/or questions about any game, feel free to contact me on Twitter.

Outlast is one of the scariest games I've ever played. It's a complete horror show from start to finish, and you rarely get a chance to stop and relax. Unfortunately for Mac gamers, Outlast hasn't made it to OS X in the time since its September 2013 debut on Steam, and with the newly-released "Whistleblower" add-on once again giving gamers a good scare, it's time for you to give it a go on your Mac. Here's how.

Outlast has a status of "Untested" on the official CrossOver compatibility list, so I gave it a spin myself. I managed to get it installed successfully under a generic bottle, but the game still refused to start up successfully. I'm guessing this is one of those games that will need some special attention and custom tweaks to be done in order to get it running in CrossOver, and unfortunately I'm not well-versed enough to make that happen.

As usual, the install went fine with Parallels. After starting up the game using some modest Parallels settings it was clear that this game would require a little bit more "oomph" to produce a playable result. I changed things a bit and got it running well at about 15 to 20fps on "Very Low" settings. Definitely not ideal, but it is playable.

Wow, what a difference! The Boot Camp install of Outlast plays so much better than in a virtual machine, it's quite remarkable. Some games don't benefit that much from the switch between the virtual machine and a proper Boot Camp install, but this one definitely does. I was able to get 25 to 30fps on medium/high settings with little trouble.

I'd advise turn off motion blur in the game's settings menu, and also enabling vertical sync, as the game has some pretty horrible screen tearing issues without it. Aside from that, it plays great in Boot Camp.

If you're going to play this one on your Mac -- and you definitely should, because it's a fantastic game -- Boot Camp is definitely the best bet. Depending on your machine specs, you might find a Parallels version to be fine, but Outlast greatly benefits from the Boot Camp option.

In this article: bootcamp, crossover, games on mac, gamesonmac, gaming, mac outlast, macoutlast, outlast, outlast mac, outlastmac, parallels, play it on a mac, steam
All products recommended by Engadget are selected by our editorial team, independent of our parent company. Some of our stories include affiliate links. If you buy something through one of these links, we may earn an affiliate commission.