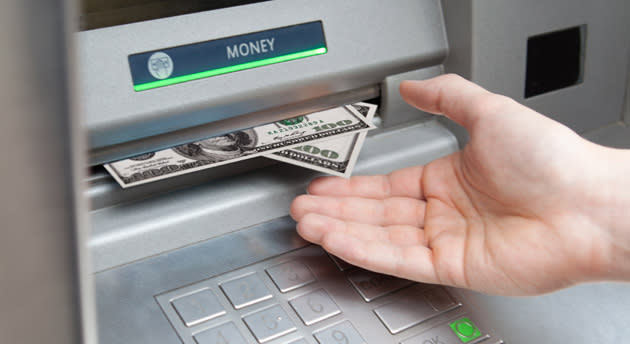 ATM thieves are increasingly focused on digital heists, but many of these robbers still prefer old-fashioned currency. They may want to think twice about stealing cash in the future, though, as ETH Zurich has developed a chemical defense system that both deters theft and helps track ill-gotten goods. Based loosely on bombardier beetles, which produce acid to spray attackers, the technique creates a defensive surface on an object (say, a cash box) using film layers filled with hydrogen peroxide and manganese dioxide. Break the surface and you trigger a reaction that covers everything nearby in hot foam -- by itself, enough to ruin the day of any would-be purloiner.

That's not the half of it. In an ATM, the manganese dioxide would also include both a dye and DNA shrouded by nanoparticles. If you're reckless enough to raid the bank machine and get caught in the foam blast, the dye renders any stolen cash useless; the DNA, meanwhile, makes it easy to follow the path of that money. ETH Zurich hasn't outlined plans to put its chemical safeguard into service, but it notes that its implementation is both much cheaper than today's mechanical systems (10 square feet of film would cost $40) and more reliable. As such, don't be surprised if it reaches many ATMs in the future... and nogoodniks have second thoughts about their career choices.

In this article: atm, banking, beetle, biomimicry, bombardierbeetle, cash, currency, EthZurich, money, science, theft
All products recommended by Engadget are selected by our editorial team, independent of our parent company. Some of our stories include affiliate links. If you buy something through one of these links, we may earn an affiliate commission.