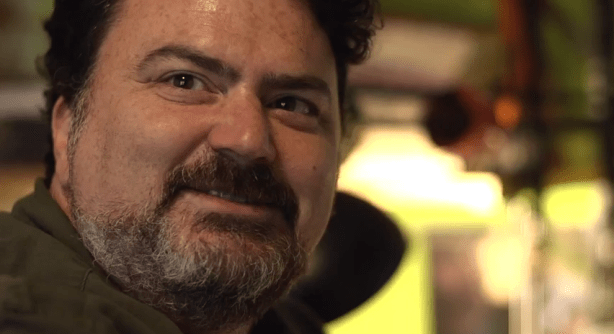 Development studio Double Fine made a lot of money back in 2012 when it ran a Kickstarter campaign to fund a traditional point-and-click adventure game which would go on to be called Broken Age - but then, you already knew that, right? What you may not have known is that, as part of that Kickstarter campaign, 2 Player Productions filmed a documentary focused on the company and legendary adventure game designer, Tim Schafer. On Friday, the company made part of that documentary free and public on YouTube.

The footage in question follows Schafer as he revisits one of his classic games: Day of the Tentacle. If you've ever wanted to hear it straight from the creator's mouth as to why this game starred an anthropomorphic tentacle, buckle in for this 40-minute trip down Nostalgia Avenue. There's plenty of other information and interesting soundbites to enjoy as Schafer plays through the game. For instance, did you know that Schafer once acted as a tip line for the son of famed film director and producer, Steven Spielberg?

"When most people need a hint they call the hint line, when Steven Spielberg needs a hint he calls Lucas directly and - 'I wanna talk to the guy who made this game!'" Schafer says in the video. As Schafer recalled, Spielberg's son Max needed help getting through a particular portion of the game, so Schafer instructed him how to beat the troublesome puzzles over the phone. "He said thanks and that was my brush with greatness from this game, was giving a hint to Max."
[Image: Double Fine]
In this article: adventure-games, day-of-the-tentacle, documentary, double-fine, nostalgia, pc, steven-spielberg, tim-schafer
All products recommended by Engadget are selected by our editorial team, independent of our parent company. Some of our stories include affiliate links. If you buy something through one of these links, we may earn an affiliate commission.