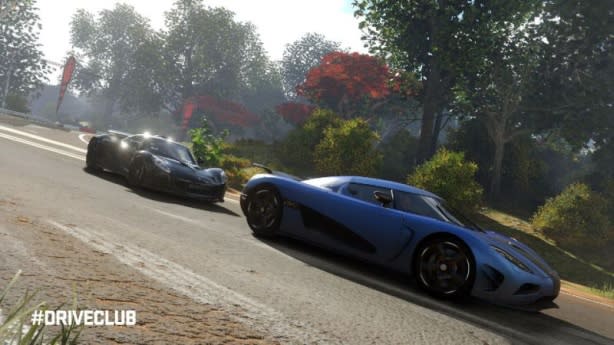 Rustchynsky assures that vehicle microtransactions will be limited to cars that players can unlock during the course of the game's campaign. Microtransactions only serve as a shortcut to Driveclub's unlockable content, and Rustchynsky describes campaign progression as "really straightforward, really simple and [allowing] access to a lot of content really quickly."

"In Driveclub you earn Fame, and as you earn Fame, you level up," Rustchynsky explained. "Every time you level up, we give you another car. There's no double gating or anything along those lines, you're given the car straight away without having to do anything else. The only thing we do have is a couple of shortcuts."

Rustchynsky continued: "If you want to unlock a car immediately, you can pay to unlock that car straight away but it's not a consumable microtransaction. We don't let people buy Fame, for example and spend lots and lots. The idea is if you want to shortcut things you can do -- it's identical to what we did in Motorstorm RC. So if you played that, you know what we're doing here."

Driveclub will launch on October 7 at retail and as a free PlayStation Plus download.

[Image: Evolution Studios]
In this article: driveclub, evolution-studios, microtransactions, playstation, ps4
All products recommended by Engadget are selected by our editorial team, independent of our parent company. Some of our stories include affiliate links. If you buy something through one of these links, we may earn an affiliate commission.