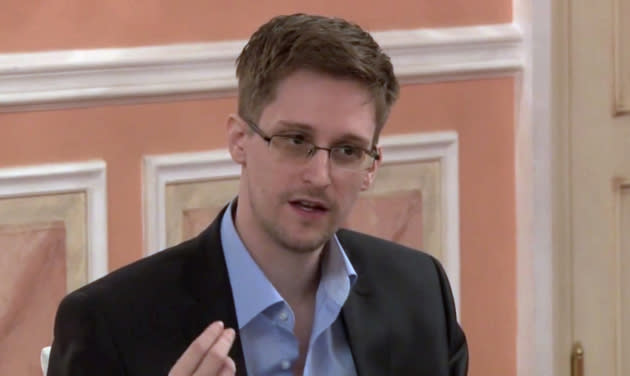 A secret meeting in Hong Kong, a stunning revelation and a pulitzer prize-winning news story. Sound exciting enough to grace the silver screen? Sony sure thinks so -- the company's film branch just bought up the rights to Glenn Greenwald's No Place to Hide, the story behind the journalist's fabled meeting with Edward Snowden. The book covers Greenwald's early meetings with Snowden and offers no small amount of commentary on the NSA's surveillance practices, but it could be a difficult story to put to film: Snowden is still in Russia, after all. Still, Sony Pictures is rearing to take a stab at it, and is putting the project in the hands of Michael G. Wilson and Barbara Broccoli, the producers behind James Bond films like Skyfall and Quantum of Solace. Considering the kind of international trouble Bond gets himself into, it could be a good fit -- just don't expect it to be an action film.

In this article: Edwardsnowden, film, GleenGreenwald, nsa, sony, sonypictures, surveillance
All products recommended by Engadget are selected by our editorial team, independent of our parent company. Some of our stories include affiliate links. If you buy something through one of these links, we may earn an affiliate commission.