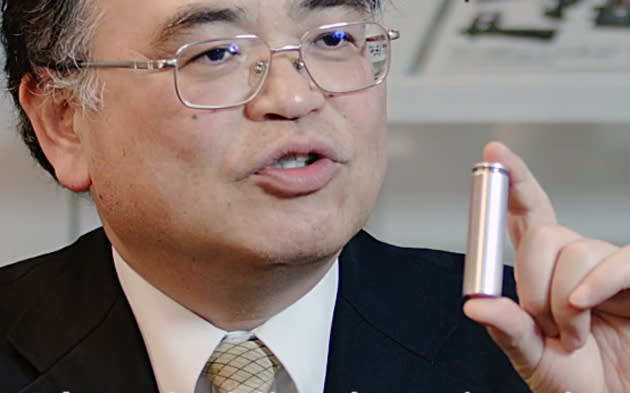 The road to the perfect EV battery is already littered with burnt out husks, so it's only right to be wary of big promises. Nevertheless, a startup called Power Japan Plus (PJP) says it has developed an organic, cotton-based battery that's cheaper, safer, more durable and quicker to charge than the best lithium ion power packs currently used in electric cars, with a range of up to 300 miles. PJP possesses no track record to speak of, but it does have some pedigree courtesy of a partnership with Kyushu University, and also thanks to its CTO, Kaname Takeya, whose CV includes R&D for the battery system used in Toyota's Prius hybrids.

Takeya and his colleagues say they've built a pilot production line that will begin manufacturing thousands of organic "Ryden" batteries before the end of this year, so it shouldn't be long before we have something concrete to go on, beyond just the promo video after the break. As for how the battery works, the video (sort of) explains that part too: It involves fibers that have somehow been treated to act as anodes and cathodes inside a conducting liquid, such that the only active ingredient is the carbon inside the cotton.

In this article: Kaname Takeya, KyushuUniversity, powerjapanplus, prius, transportation, video
All products recommended by Engadget are selected by our editorial team, independent of our parent company. Some of our stories include affiliate links. If you buy something through one of these links, we may earn an affiliate commission.