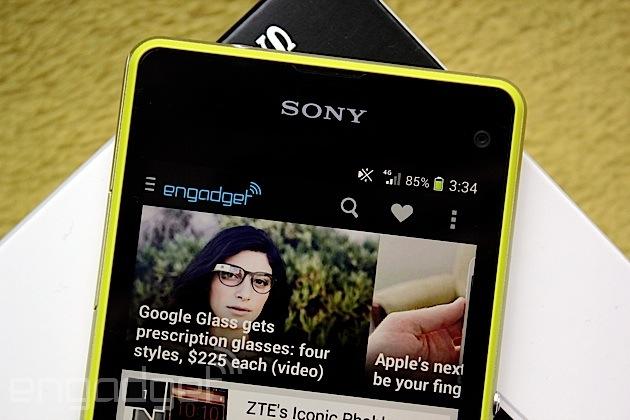 There are few surprises in Sony's full-year earnings figures, especially since we've already covered the huge loss it suffered in pulling out of the PC business. However, although overall profit is heavily in the red, the detailed numbers show healthy gains in precisely the two departments where we'd hope to see them: Gaming-related sales shot up 53 percent on the back of the PS4, while Xperia smartphone sales rose by around 20 percent to just shy of 40 million units for the year ended March 31st. Sony doesn't specify phone sales by model, but the year-over-year gain strikes us as a fair and just reward for the manufacturer's excellent Xperia Z1 and Z1 Compact (shown above). Unfortunately, none of this success looks likely to fix Sony's deeper ailments any time soon, because the company is still forecasting further heavy losses throughout 2014. It predicts a net loss of 50 billion yen over the coming year, whereas most pundits had expected the ship to be righted and profitable by then.

In this article: 2013, earnings, fy2013, mobilepostcross, playstation4, ps4, sony, xperia
All products recommended by Engadget are selected by our editorial team, independent of our parent company. Some of our stories include affiliate links. If you buy something through one of these links, we may earn an affiliate commission.