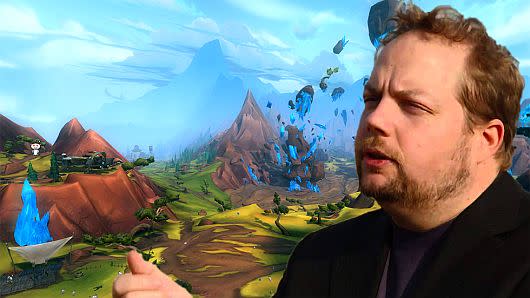 In a recent thread on Reddit's Elder Scrolls Online subreddit, a user by the name of Nuclayer posted that he was curious about the approach ZeniMax and Bethesda are taking for the paid promotion of the newly launched fantasy MMO. "Maybe I just missed all the stuff about it," the user says, "but from my personal perspective [it] feels like they really didn't put that much into letting us know about this game."

Because WildStar was mentioned in the post as a game that's doing marketing right, Carbine's Jeremy Gaffney jumped into the thread to offer his own opinion. "Elder Scrolls is redonculously huge as a franchise," the WildStar Exec Producer offers. "Skyrim sold, what, 16 million copies? So everyone knows about it in advance - check out the Facebook, TESO has literally 10x the likes. So Zen can be much more broad in their marketing."

Gaffney goes on to explain quite candidly the marketing strategy for WildStar and how his studio is probably spending way less than ZeniMax did on ESO. He makes sure to give plenty of kudos to ZeniMax for what it's done so far with ESO. Check out the whole thread for more from the fans of both games. Spoiler alert: It's actually a friendly Reddit thread.
In this article: bethesda, bethesda-softworks, bethsoft, carbine, carbine-studios, daggerfall, elder-scrolls, elder-scrolls-online, eso, factions, jeremy-gaffney, morrowind, ncsoft, oblivion, pvp, reddit, rvr, sandpark, sci-fantasy, sci-fi, skill-based, skyrim, tamriel, tes, teso, the-elder-scrolls, the-elder-scrolls-online, three-faction-pvp, three-way-pvp, wildstar, ws, zenimax, zenimax-media, zenimax-online, zenimax-online-studios
All products recommended by Engadget are selected by our editorial team, independent of our parent company. Some of our stories include affiliate links. If you buy something through one of these links, we may earn an affiliate commission.