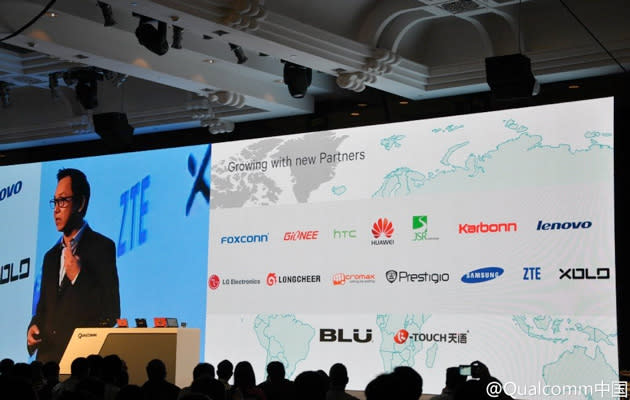 Microsoft may have its own phone business now, but that doesn't mean that other companies can't still produce Windows Phone handsets under their own flags. Redmond's China VP Zhang Yongli has announced that both China's K-Touch and Florida's Blu Products have signed up to produce mobile devices using Microsoft's operating system. Given that both companies skew towards the cheaper end of the market, we can expect a slew of low end devices hitting the market later in the year. Hopefully, the move will help to bolster the platform in both the US and China, two places where Microsoft's market share remains well behind closest rival Android.

In this article: Blu, Blu Products, China, K-Touch, Microsoft, Windows Phone, Zhang Yongli
All products recommended by Engadget are selected by our editorial team, independent of our parent company. Some of our stories include affiliate links. If you buy something through one of these links, we may earn an affiliate commission.