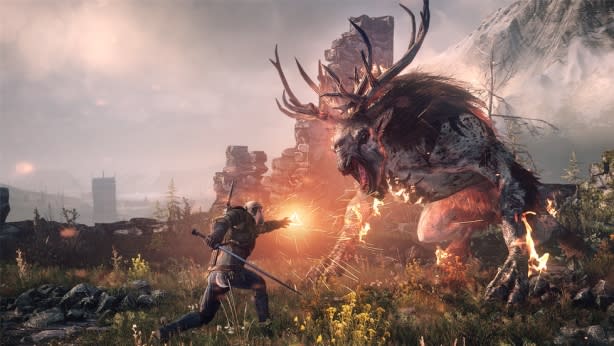 We're not sure at what resolution The Witcher 3: Wild Hunt will run on consoles, but Marcin Iwinski, co-founder of developer CD Projekt, doesn't seem to believe it matters much. "It's more of a PR differentiation," Iwinski told Eurogamer.

"We had the debate in the studio about it and actually asked our tech guys to explain how it works," Iwinski said. "And they sent me some complicated graphs that if I have this size of the screen, and I sit one meter or two meters from it, then I might be able to see the difference."

Iwinski said he and his team are still working on maximizing each system's power, but that there were no plans to place artificial restrictions to make the game run the same across platforms. "It's against our values to dumb anything down for the sake of some business arrangement," he said.
[Image: CD Projekt]
In this article: CD-Projekt, marcin-iwinski, microsoft, pc, playstation, ps4, resolution, the-witcher, the-witcher-3, xbox-one
All products recommended by Engadget are selected by our editorial team, independent of our parent company. Some of our stories include affiliate links. If you buy something through one of these links, we may earn an affiliate commission.