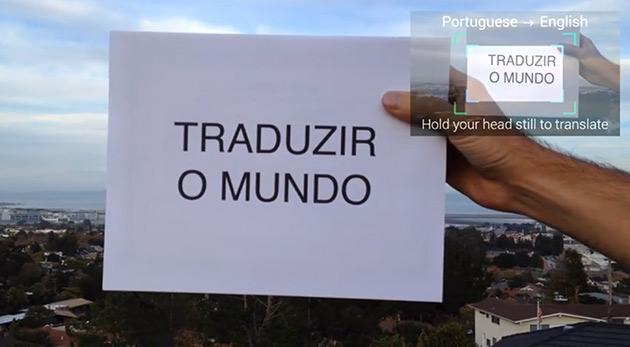 Remember Word Lens, the impressive mobile app that would translate foreign text on menus and street signs right in front of your eyes? Well, that incredibly sweet translation tech has just found a new home - a post on creator Quest Visual's site confirms that Google has acquired the company.

Here's the thing, though: Google and Quest Visual haven't exactly been strangers these past few years. The startup launched Word Lens just a few months after Google gave its Goggles app some similar (but less impressive) functionality, and the two eventually worked together to bring seamless text translation to devices beyond just smartphones. Case in point: the 4 person team got Word Lens running on Google Glass last year (with the search giant's permission, natch), and it wouldn't be a surprise to see that head-mounted wearable get even better at translating languages on the fly down the road. That doesn't seem to be their biggest priority, though: according to Quest Visual's announcement, their translation tech will be incorporated into "Google Translate's broad language coverage and translation capabilities in the future."

Alas, the team seems to be in the midst of dismantling the rest of its site, and the future of the Word Lens app is hazy at best. Right now the app all its language packs are free, which seems like a less-than-hopeful omen for the continued existence of a standalone app. For what it's worth, a Google spokesperson confirmed the deal and expressed admiration for the QV team's technical chops, but wouldn't going into further detail. We've also reached out to Quest Visual founder Otavio Good for comment - stay tuned for more as we get it.

In this article: google, googleglass, language, questvisual, translation, wordlens
All products recommended by Engadget are selected by our editorial team, independent of our parent company. Some of our stories include affiliate links. If you buy something through one of these links, we may earn an affiliate commission.