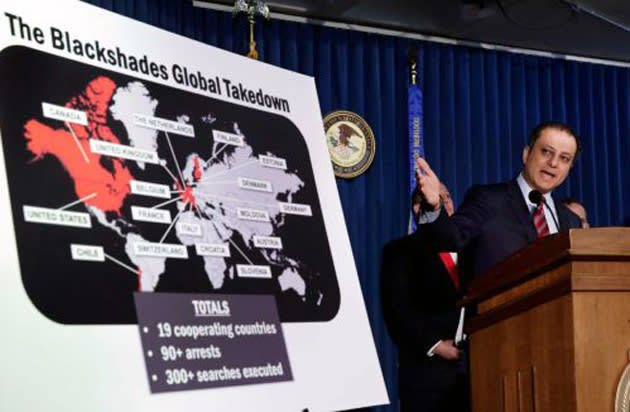 More than 90 people across 16 different countries have been arrested in a coordinated raid targeting users and sellers of a piece of malware, called the Blackshades Remote Access Tool. Known to its friends simply as "RAT," the $40 utility makes it relatively easy to spy on someone via their PC's webcam and their keyboard strokes, and it's thought to have infected around half a million computers since 2010. In the US, the FBI picked up a user in New Jersey who's accused of using RAT to steal sexually explicit photos of 45 victims through their webcams. This follows two earlier Blackshades-related arrests of men accused of capturing and stealing images of thousands of women and girls. The "global takedown" also involved the arrest of a 24-year-old Swedish citizen who's charged with selling RAT and offering technical support to buyers, making as much as $350,000 in the process.

In this article: arrest, blackshades, fbi, malware, RAT, remote access tool, webcam
All products recommended by Engadget are selected by our editorial team, independent of our parent company. Some of our stories include affiliate links. If you buy something through one of these links, we may earn an affiliate commission.