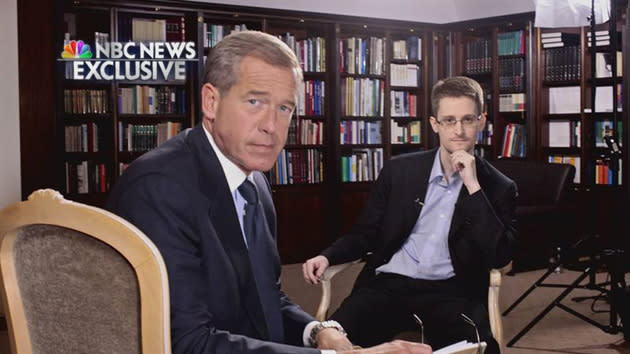 Edward Snowden has discussed his NSA surveillance leaks and their implications with magazines, foreign media and South by Southwest attendees, but a chat with an American TV outlet has proven elusive. However, that all changes next week: NBC has revealed that it's airing a one-on-one interview between Snowden and news anchor Brian Williams on May 28th at 10PM Eastern. While the network isn't saying exactly what came up in the pre-recorded conversation, it promises a "revealing" hour-long session that involves Snowden's media ally Glenn Greenwald. There's no telling whether or not we'll hear anything new. Even if it's just a rehash, though, the NBC interview promises to put the intelligence gathering debate in front of a very wide audience.

In this article: brianwilliams, edwardsnowden, internet, interview, nbc, nbcuniversal, nsa, surveillance
All products recommended by Engadget are selected by our editorial team, independent of our parent company. Some of our stories include affiliate links. If you buy something through one of these links, we may earn an affiliate commission.