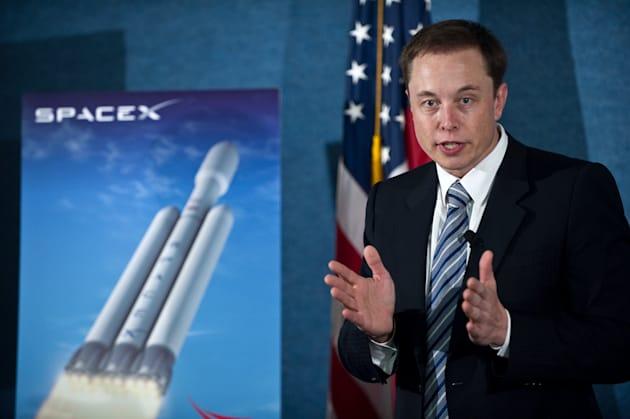 Remember that Air Force rocket contract Elon Musk was so peeved about? If you don't, let's recap: without accepting other bids, the Air Force awarded an exclusive deal to a company called United Launch Alliance that covers some 36 rocket launches -- launches Musk and his company SpaceX believed they were in line to compete for. Tonight in a series of tweets, Musk pointed out an article from The National Legal and Policy Center calling out the Air Force official in charge of the deal, Roger Correll, for taking a job with one of ULA's suppliers. Musk makes the accusation clear, saying "V likely AF official Correll was told by ULA/Rocketdyne that a rich VP job was his if he gave them a sole source contract. Reason I believe this is likely is that Correll first tried to work at SpaceX, but we turned him down. Our competitor, it seems, did not."

SpaceX is suing the Air Force over the contract, but it may be able to compete for some of those launches anyway. Air Force Space Command leader General William Shelton told Reuters the Air Force is working to certify SpaceX, and that it could compete for seven or eight launches before the process is completed. Meanwhile, ULA's CEO is claiming that his company provides the Air Force a better overall value than SpaceX is prepared to.

Reason I believe this is likely is that Correll first tried to work at SpaceX, but we turned him down. Our competitor, it seems, did not.

In this article: air force, bribery, contract, elon musk, lawsuit, rogercorrell, spacex, ula
All products recommended by Engadget are selected by our editorial team, independent of our parent company. Some of our stories include affiliate links. If you buy something through one of these links, we may earn an affiliate commission.