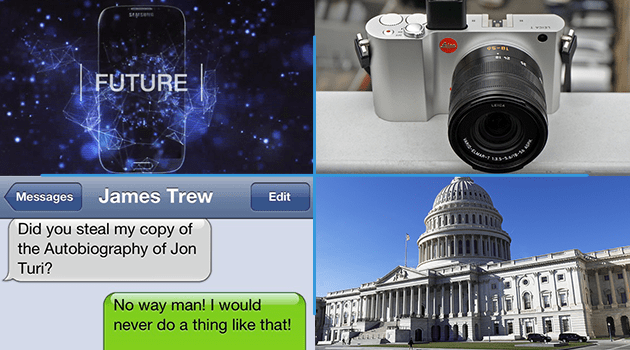 You might say the day is never really done in consumer technology news. Your workday, however, hopefully draws to a close at some point. This is the Daily Roundup on Engadget, a quick peek back at the top headlines for the past 24 hours – all handpicked by the editors here at the site. Click on through the break, and enjoy. According to sources within Samsung, not only is the company working on a virtual reality headset, it expects to announce it this year. Between Samsung's future headset, Sony's Project Morpheus and Facebook's Oculus Rift, this is shaping up to be an exiting year for VR hopefuls. What's it like shooting with the latest camera from Leica? It's pure bliss! Machined from a solid block of aluminum, this camera is a work of art. However, if you want to join the club, you'll need to fork over nearly $2,000. Is it worth it? Find out. Those of you stuck in text message purgatory thanks to a bug with iMessage will soon have a happy resolution. Apple's reportedly working on a fix that will unlink phone numbers from inactive and abandoned accounts. For those who switched from iOS to another platform, this is welcome news. An updated version of the USA Freedom Act passed through the House of Representatives, but it lost a number of important provisions that would have strengthened the bill. As a result, both the Electronic Frontier Foundation and Google have stopped supporting it.

In this article: Apple, cameras, DailyRoundup, ElectronicFrontierFoundation, imessage, leicat, nsa, OculusRift, samsung, sms, tdr, Texting, VirtualReality, VrHeadset
All products recommended by Engadget are selected by our editorial team, independent of our parent company. Some of our stories include affiliate links. If you buy something through one of these links, we may earn an affiliate commission.