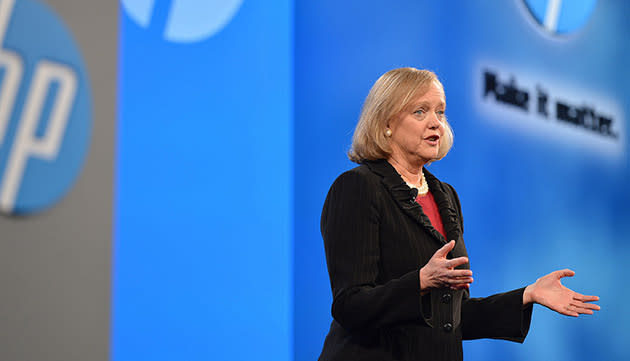 It looks like HP's layoff estimates were off again -- according to the company's latest financial report, it needs to cut an additional 11,000 to 16,000 employees from its payroll to make ends meet. This is the third (and largest) adjustment the company has made to its layoff numbers; HP originally planned to axe 27,000 employees in May of 2012, but increased the estimate to 29,000 the following september and to 34,000 in 2013. Now the restructuring plan could eliminate as many as 50,000 jobs in total. Harsh news for HP employees, particularly after CEO Meg Whitman said that the company was done eliminating positions. The president makes no such promises this time, but she's at least optimistic about the restructuring. "I'm pleased to report that HP's turnaround remains on track," and said that increased layoffs "make sense in a turnaround of this scale."
In this article: hp, layoffs, MegWhitman, restructuring
All products recommended by Engadget are selected by our editorial team, independent of our parent company. Some of our stories include affiliate links. If you buy something through one of these links, we may earn an affiliate commission.