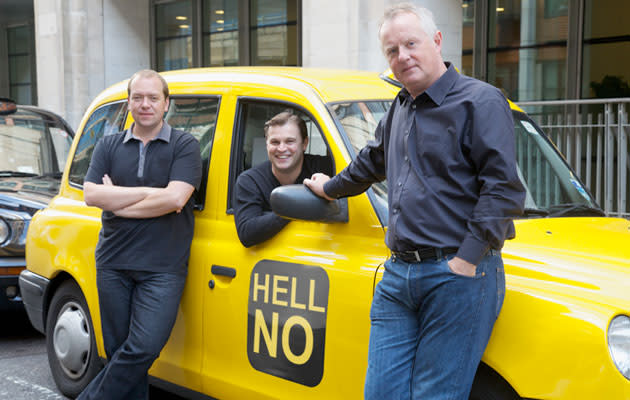 London's black cabs are in a league of their own, so when Hailo, an app specifically designed for those vehicles, announced that it was becoming a fully-featured Uber rival, things got a little heated. In fact, disgruntled drivers have vandalized the company's headquarters and are now rapidly departing the service. The platform has been losing ground to its less-choosy rivals, and so decided to admit that if it couldn't beat Uber, it would probably have to join it. Unfortunately, the threatened cabbies are also planning a (hopefully non-violent) assault upon Uber next month in the hope of pressuring the government to hold the service to the same rules and standards that commercial taxis use.

In this article: Black Cab, Cab, Hailo, London, Uber
All products recommended by Engadget are selected by our editorial team, independent of our parent company. Some of our stories include affiliate links. If you buy something through one of these links, we may earn an affiliate commission.