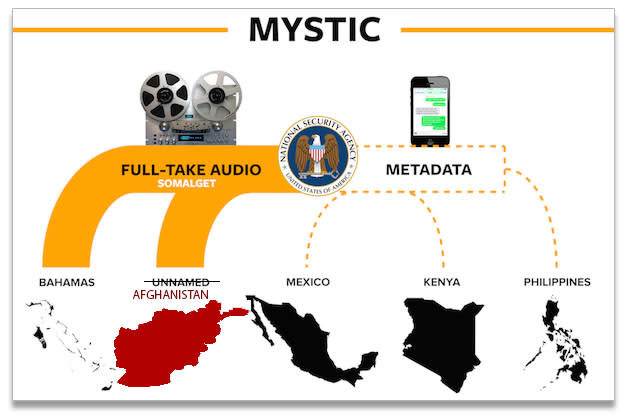 When The Intercept revealed mass NSA "full-take" call recording in the Bahamas and other nations, it declined to name another, sensitive country, citing US concerns about violence. Now Wikileaks has claimed that the nation in question is Afghanistan and said the NSA is bluffing about any possible danger to folks there. In the Wikileaks blog, Julian Assange said that the US has made such statements before and it has never seen any evidence of increased violence following leaks. On the other hand, it's easy to see why the US government wouldn't want such information public, given its war against terrorists in Afghanistan. But Assange countered that the press has no obligation to protect a country like the US if it engages in "ongoing crimes" against an entire nation. He added that's especially true when such calls are sometimes used to target drone strikes, which often kill innocent civilians. The US government has yet to comment on the matter.

In this article: Afghanistan, CallRecording, JulianAssange, NSA, Telephone, Wikileaks
All products recommended by Engadget are selected by our editorial team, independent of our parent company. Some of our stories include affiliate links. If you buy something through one of these links, we may earn an affiliate commission.