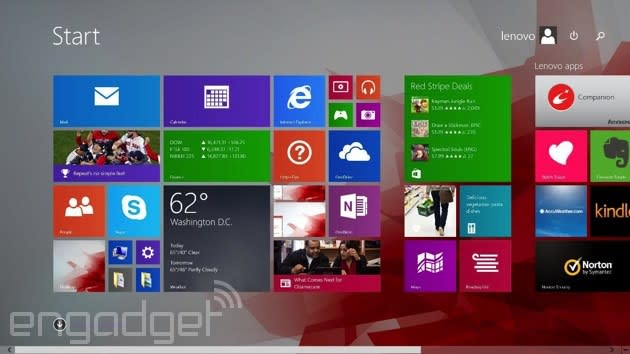 Microsoft has just announced Windows 8.1 with Bing, confirming rumors about a lower-cost Windows version for OEM manufacturers only. As suspected, Redmond is attempting to recoup the lost revenue with ads by forcing suppliers to keep Internet Explorer with Bing search as the default browser. However, end-users will be able to change those settings so that Microsoft won't arouse the wrath of European regulators (again). Rumblings about a discounted version of Windows 8.1 began cropping up earlier in the year, and Microsoft recently announced that Windows Phone 8.1 would be free for 9-inch or smaller devices. Other than the Bing and IE defaults, the new OS is reportedly identical to the standard version of Windows 8.1. However, the OEM cost will reportedly drop from $50 to $15, so don't be surprised to see a new crop of cheaper Windows devices arriving soon.

In this article: Bing, discount, InternetExplorer, microsoft, OEMs, Windows8.1withBing
All products recommended by Engadget are selected by our editorial team, independent of our parent company. Some of our stories include affiliate links. If you buy something through one of these links, we may earn an affiliate commission.