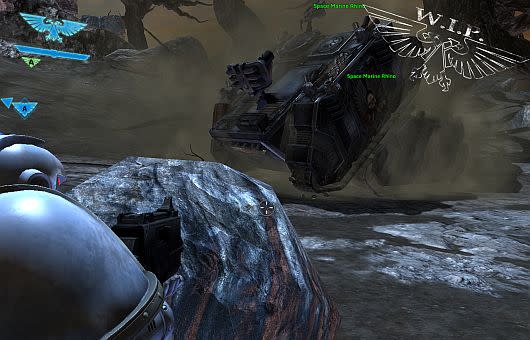 In this week's Warhammer 40K: Eternal Crusade production update, Game Designer Michael Chan describes a bit about what's going on behind the scenes with customization and player-driven story.

"Taking over parts of the Arkhona landmass, each campaign lasts approximately a week and we will augment the usual territory control gameplay with additional goals and mechanics," Chan writes. "Through your accomplishments, campaigns are also where you, your squad and strike force can distinguish yourselves from others – receive peer recognition and look more formidable on the battlefield. Participating in campaigns is the best way to engage in the narrative; and by working together in story campaigns, you'll be able to create history on Arkhona. Imagine being able to point to major battles that took place a long time ago and being able to take credit for it. These will drive the narrative of our game."