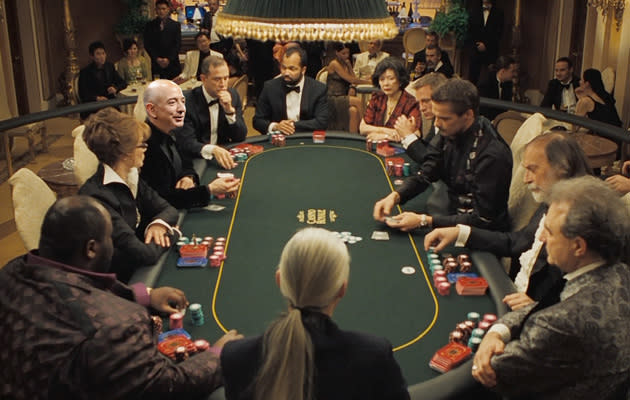 Tried to pre-order JK Rowling's forthcoming The Silkworm on Amazon, only to find that no such option exists? The title is one of several victims of the company's very public spat with publishers Hachette, which Amazon is holding to ransom for cheaper pricing on e-books. Until now, however, the company remained tight-lipped on the tactic, but in a blog post, admitted that it was playing hardball with its rival. What that means for customers is that the retailer is only buying bare-minimum quantities of existing stock and will only offer new books for sale after their publication. In its mind, Amazon is fighting for better (i.e. cheaper) pricing for its customers, but we imagine that someone's forgotten about the poor authors who are likely to sell even fewer copies while this rages along.

Update: Hachette, the victim in this stramash, has made a public statement saying that "Amazon indicates that it considers books to be like any other consumer good. They are not." It adds that it won't accept any cash to form an "author pool," a fund to compensate writers who are losing out during the conflict. In fact, the publisher has said that it'll wait until a fresh agreement is made, and then "discuss with Amazon its ideas about compensating authors for the damage its demand for improved terms may have done them." Full statement's after the break, but yes folks, this one is clearly going to run and run.

It is good to see Amazon acknowledge that its business decisions significantly affect authors' lives. For reasons of their own, Amazon has limited its customers' ability to buy more than 5,000 Hachette titles.

Authors, with whom we at Hachette have been partners for nearly two centuries, engage in a complex and difficult mission to communicate with readers. In addition to royalties, they are concerned with audience, career, culture, education, art, entertainment, and connection. By preventing its customers from connecting with these authors' books, Amazon indicates that it considers books to be like any other consumer good. They are not.

We will spare no effort to resume normal business relations with Amazon-which has been a great partner for years-but under terms that value appropriately for the years ahead the author's unique role in creating books, and the publisher's role in editing, marketing, and distributing them, at the same time that it recognizes Amazon's importance as a retailer and innovator. Once we have reached such an agreement, we will be happy to discuss with Amazon its ideas about compensating authors for the damage its demand for improved terms may have done them, and to pass along any payments it considers appropriate.

In the meantime, we are extremely grateful for the spontaneous outpouring of support we have received both privately and publicly from authors and agents. We will continue to communicate with them promptly as this situation develops.

In this article: Amazon, Business, Dispute, E-Book, Hachette, Pricing
All products recommended by Engadget are selected by our editorial team, independent of our parent company. Some of our stories include affiliate links. If you buy something through one of these links, we may earn an affiliate commission.