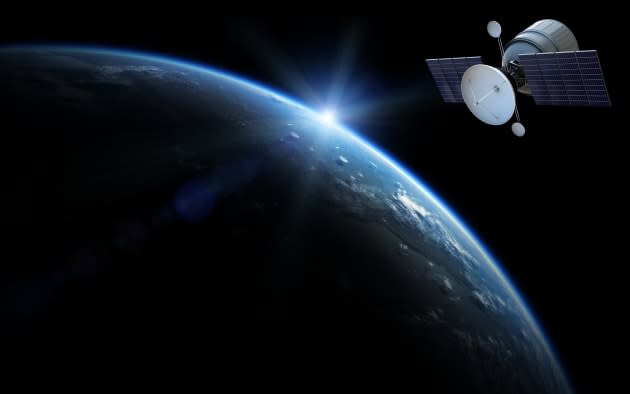 Google and Facebook already compete on PCs, mobile devices and recently their rivalry has moved to the skies, but a new report from The Information suggests it could move even further from land. Over the last year or so, both looked at drone maker Titan Aerospace before Google acquired it, adding to a portfolio that includes its Project Loon experiments. Not to be outdone, Facebook is said to have acquired a drone maker from the UK called Ascenta. The only thing left? Space. The Information follows up on claims that Google is looking at a satellite company called Skybox Imaging by noting recent hires and investments in companies that deal with satellite-delivered internet. Craig Barratt is named as leading several teams at Google developing wireless internet technology to connect the rest of the world (white spaces, municipal WiFi, community routers for businesses etc.) while Google X teams work on the drones and balloons. Facebook's interests in (the) space are not as well-documented, but we can only guess that the race will reach low-orbit soon, and collect a few more startups and giants as competitors. Maybe DirecTV made its deal with AT&T too soon?

In this article: drones, facebook, google, internet, rumor, satellites, wifi
All products recommended by Engadget are selected by our editorial team, independent of our parent company. Some of our stories include affiliate links. If you buy something through one of these links, we may earn an affiliate commission.