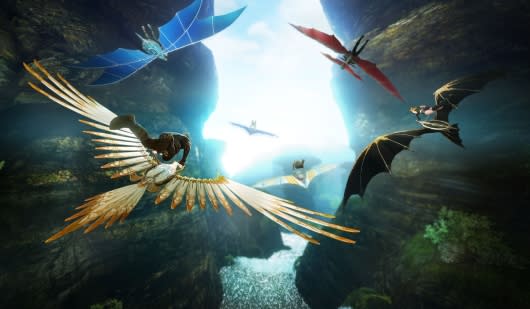 One of our awesome Massively readers forwarded to us an email from Trion Worlds CEO Scott Hartsman to ArcheAge's alpha testers. In it, Hartsman thanked the players and noted how their numbers had helped to stress test the studio's hardware.

"The massive number of Archeum Founders has really helped us stress test the way we do things: We've already had to expand the capacity of the server to three times the number of characters that one world is expected to have," Hartsman wrote. "That you've propelled ArcheAge as high up as the #2 game on all of Twitch.tv has really been humbling for all of us. It makes us want to work even harder to deliver the best release that we possibly can."

Hartman reported that the studio had doubled the amount of server hardware twice since the alpha started. He also indicated that the team is preparing for a new alpha build, beta testing, and launch day.

[Thanks to Paragonlostinspace for the tip!]
In this article: aa, alpha, alpha-test, alpha-testing, arche-age, archeage, beta, fantasy, pvp, sandbox, sandpark, scott-hartsman, testing, trion, trion-worlds, xl-games, xlgames
All products recommended by Engadget are selected by our editorial team, independent of our parent company. Some of our stories include affiliate links. If you buy something through one of these links, we may earn an affiliate commission.