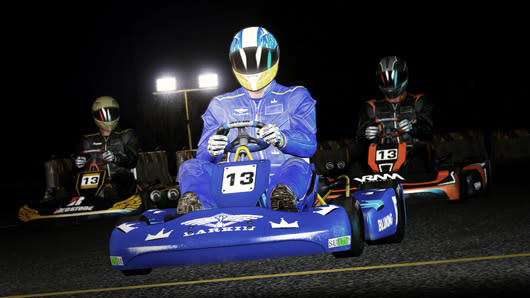 Developer Bohemia Interactive announced that its military-themed shooter Arma 3 has sold more than one million copies to date, revealing that it plans to support the game in the coming years with multiple DLC packs and expansions.

To commemorate the sales milestone, Bohemia has released Arma Karts, a $1.99 DLC expansion that introduces a much-needed kart racing gameplay mode. Originally teased as an April Fool's joke, Arma Karts is now all too real, offering a number of track objectives and checkpoint races.

Bohemia Interactive aims to launch a major gameplay expansion for Arma 3 by late 2015, and plans to introduce several new features, weapons, and gameplay mechanics in the interim.

[Image: Bohemia Interactive]
In this article: arma-3, arma-karts, bohemia-interactive, dlc, expansion, pc
All products recommended by Engadget are selected by our editorial team, independent of our parent company. Some of our stories include affiliate links. If you buy something through one of these links, we may earn an affiliate commission.