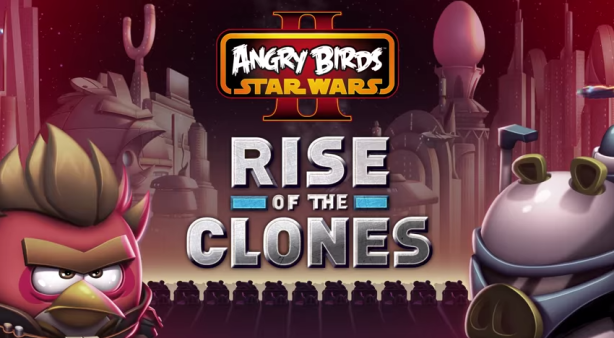 There have been a lot of bird clones flapping about lately, but you can now put an end to their feathered tyranny in Angry Birds Star Wars 2. Rovio has announced a new update for the game, titled "Rise of the Clones," which adds 40 new levels across the planets of Coruscant and Kamino. Naturally, both are packed with droid-pigs and clone trooper birds.

The update is available to download now on iOS, and will be heading to Android devices soon. Angry Birds Star Wars 2 is also available as a PC download, but Rovio did not mention when the shuttle carrying Rise of the Clones would arrive on that platform. Maybe they just need more time to get those deflector shields down?
[Image: Rovio]
In this article: android, angry-birds-star-wars-2, ios, ipad, iphone, mobile, pc, rise-of-the-clones, rovio, star-wars, update
All products recommended by Engadget are selected by our editorial team, independent of our parent company. Some of our stories include affiliate links. If you buy something through one of these links, we may earn an affiliate commission.