You can disable the iPhone X's FaceID if you're in trouble

Apple's OS chief is taking over Siri from Eddy Cue 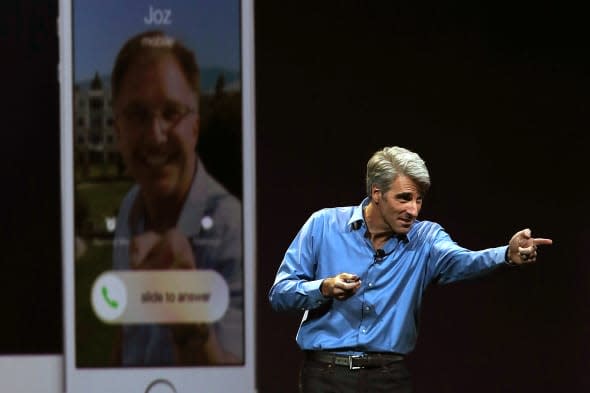 Apple a short while ago posted its entire keynote online for your viewing pleasure where you can relive all of the event's greatest moments; from Craig Federighi talking about OS X Weed to a nice Photoshop mashup of Jony Ive with Federighi's hair.

Relive the highs, the lows, and all the hearty laughs over here via Apple's website.

The technical requirements to view the video are as follows:

Streaming video requires Safari 4 or later on OS X v10.6 or later; Safari on iOS 4.2 or later; or QuickTime 7 on Windows. Streaming via Apple TV requires second- or third-generation Apple TV with software 5.0.2 or later.

Don't have two hours to watch the keynote? We've condensed it down to 90 seconds.

In this article: craig federighi, wwdc 2014
All products recommended by Engadget are selected by our editorial team, independent of our parent company. Some of our stories include affiliate links. If you buy something through one of these links, we may earn an affiliate commission.