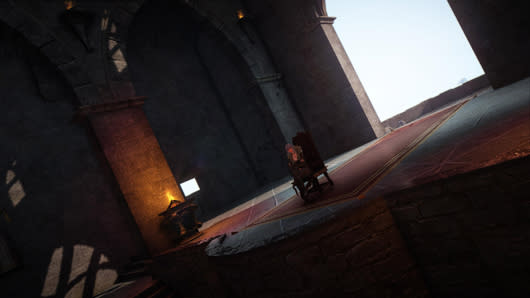 With the help of enterprising fans and a lot of workarounds, dedicated fans of Black Desert can do their best to muddle through the game's Korean beta if they don't read or understand Korean. Understanding the game's setting, however, is another matter entirely. But the fandom is still trying to translate and make the best of it, and now the game's first major lore article has been translated, covering some 50 years of history for the city Calpheon.

In short, a plague rampaged through the city, and what started was a long campaign of war against the desert nation blamed for the contagion. This was followed by more wars, trades, magical artifacts, and... well, you get the idea. You can read the whole article to get a better sense of the world's history, whether you're trying to figure out how to interact with the game when you don't read the native language or just watching from afar.

[Thanks to Irene-24 for the tip!]
In this article: backstory, black-desert, fan-translation, fantasy, history, housing, korea, korean-mmo, lore, news, news-items, pearl-abyss, preview, sandbox, setting, translation
All products recommended by Engadget are selected by our editorial team, independent of our parent company. Some of our stories include affiliate links. If you buy something through one of these links, we may earn an affiliate commission.