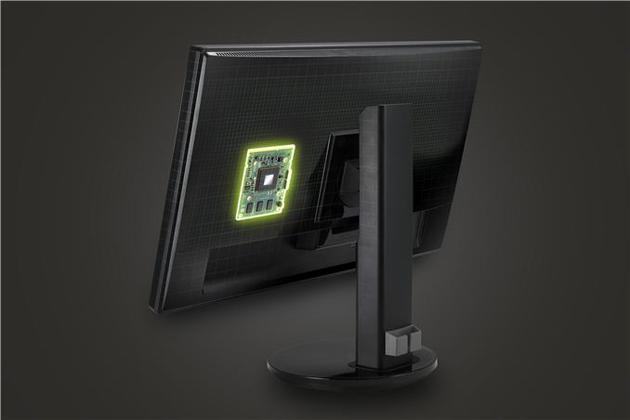 It's been nearly eight months since NVIDIA unveiled G-Sync, a new technology for game monitors that reduces lag, stuttering and screen tearing. In that time, none of these displays has been widely available, though we have been treated to an in-person demo or two. Finally, though, Acer is on the verge of releasing a G-Sync monitor, and it appears to be the first with 4K resolution, to boot. The XB280HK (pictured above) is a 28-inch display with a 3,840 x 2,160 TN panel -- a big improvement over the Philips 1080p model we saw back at CES. Separately, ASUS just announced the ROG Swift PG278Q, here at Computex; that's a 27-inch G-Sync monitor with 2,560 x 1,440 resolution. See? They don't all have to be capped at 1,920 x 1,080.

Like other G-Sync displays, both of these match your GPU's refresh rate with the monitor's as a way of eliminating the sort of bumpiness you'd normally get if you extended your gameplay onto a bigger screen. The in-person demo we got today reminded us how effective the technology is, especially in side-by-side comparisons with older monitors. But don't take our word for it -- the demo video embedded below does a better job capturing the benefits than any hands-on walk-through we could put together. Even if you're already aware of how the technology works, you might want to check it out; it's the clearest demonstration of the technology we've seen yet. As for the question of "when can I buy these?", well, we're not actually sure yet. No word on when either of these will arrive or how much they'll cost, but the Acer model, at least, is slated to ship in Q2, which means it should go on sale very soon.

In this article: acer, Acer XB280HK, AcerXB280HK, asus, computex, hdpostcross, nvidia, PG278Q, RepublicOfGamers, ROG, ROG Swift PG278Q, ROGSwiftPG278Q, Swift PG278Q, SwiftPG278Q, video, XB280HK
All products recommended by Engadget are selected by our editorial team, independent of our parent company. Some of our stories include affiliate links. If you buy something through one of these links, we may earn an affiliate commission.