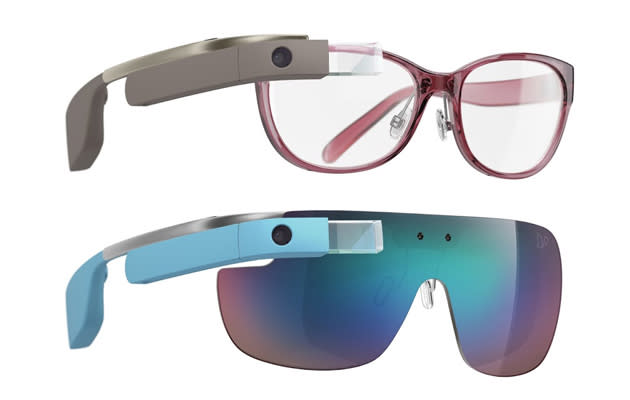 Diane Von Furstenberg may be better known for wrap dresses than wraparound shades, but her fashion label has actually been a long-term collaborator with Google Glass. The partnership has now resulted in a new "DVF" collection of Glass options, including five new frames and eight new shades with which to customize (and perhaps soften) your futuristic appearance. They'll be available to Explorers in the US from June 23rd, both via Google's own site and from Net-a-porter, although there's no word on how much extra you'd need to spend beyond the $1,500 cost of the beta device itself. On the same day, Google's own Titanium collection will also become available through the Mr Porter online store. Meanwhile, we're still waiting on more sporty options from the likes of Oakley and Ray-Ban, although these might not arrive until Google Glass finally shifts into full commercial mode.

In this article: culture, design, diane von furstenberg, dvf, eyewear, fashion, gear, glass, google, google glass, mobilepostcross, timeline16techwear
All products recommended by Engadget are selected by our editorial team, independent of our parent company. Some of our stories include affiliate links. If you buy something through one of these links, we may earn an affiliate commission.