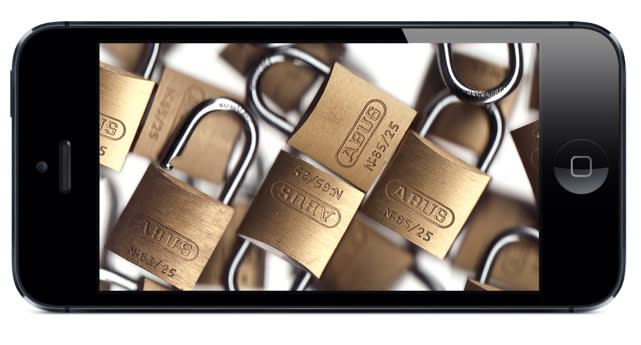 Apple isn't dumb. The company knows users jailbreak their devices, but more importantly than that, they know exactly why. There are those who jailbreak to use apps that simply would never be approved for sale on the App Store -- and that's a group that Apple has little chance of luring back to the "vanilla" side of iOS -- but there's also a huge segment of the jailbreaking community that voids their warranties for much more innocuous reasons. That's where iOS 8 comes in.

Apple plugged some crucial jailbreak holes with iOS 7 and its updates, effectively shuttering widespread jailbreaking on devices updated to 7.1.0 or 7.1.1. Top jailbreakers have instead turned their attention to iOS 8, hoping to have better luck with the big annual update that everyone will be downloading. But along with taping off any remaining vulnerabilities that Apple's team might already know about, it's doing something even more crushing to the jailbreak movement: replicating the most popular jailbreak features and thereby giving many would-be jailbreakers no reason to even consider it.

For starters, third party keyboards are a huge addition. I can't tell you the number of times I've heard people say that the only reason they jailbreak is because they can't stand the iPhone or iPad keyboard. But rather than just introducing its own variations on the theme, Apple is giving developers the chance to do whatever they want with the phone's text input. SwiftKey is already on board, and many more developers are sure to follow.

Next are widgets, which Apple revealed will appear in the pull-down notification center. This is a feature many Android users tout as a reason to devote themselves to Google's OS, and one that jailbreakers have adored for a long time. No, the widgets won't appear directly on the home screen -- which may still be a sticking point for some -- but Apple embracing them at all is certainly a big win for anyone who has installed a jailbreak specifically for that feature.

So is jailbreaking dead? Of course not! There will always be users looking to get just a little bit more out of their devices, whatever the cost, but those people aren't who Apple is targeting. iOS 8 is made to appeal to the portion of the iDevice population that has become dependent on one or two long-standing tweaks.

Apple has long embraced features from outside its own walls, making no bones about appropriating great ideas from wherever it sees fit. The jailbreak community is a great place to draw from, since it's essentially a free testing ground to see what works and what doesn't. Now, by taking the most popular jailbreak tweaks and making them its own, Apple is silently fighting the jailbreak movement by using its own weapons against it.

In this article: apps, ios, ios 8, jailbreak, jailbreaking, opinion, tweaks
All products recommended by Engadget are selected by our editorial team, independent of our parent company. Some of our stories include affiliate links. If you buy something through one of these links, we may earn an affiliate commission.