Nokia links up with Bluetooth 4.0 for indoor positioning, because anything Google can do, it can do better 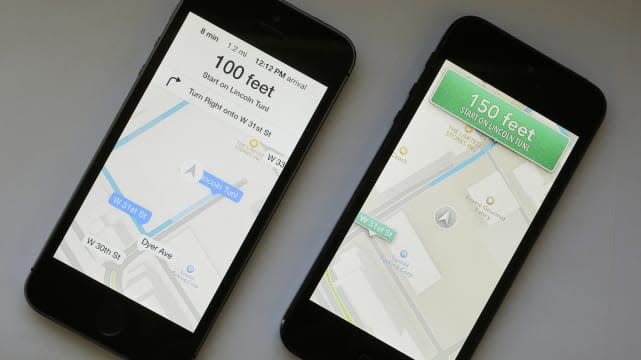 The ability to have a GPS in nearly every adult's pocket has permanently changed the way we travel great distances. You no longer have to study a map before you drive across the country. Instead, you just charge your phone. Still, finding individuals among a crowd is no easier, but a new addition to Apple's CoreLocation geopositioning abilities in iOS 8 may be changing that.

As noticed by the folks at 9to5Mac, iOS 8 makes it possible for building owners to create indoor positioning systems (IPS) tied to their business. Using a combination of the M7 motion processor and iPhone motion sensors, your compatible iOS device will be able to help you find your way around your location.

This would be groundbreaking technology to have in the palm of your hand. Museums could use this to help visitors move from exhibit to exhibit. A confusing airport becomes less so when you get turn-based directions to your gate. Couple that with the iBeacon tech that was released with iOS 7 and you're looking at a major improvement in finding your way around.

Apple is currently seeking venues to sign on, with California Academy of Sciences in San Francisco, the Westfield San Francisco Center, and the Mineta San Jose Airport having already implemented these IPS features. Given that Apple acquired the IPS startup WiFiSLAM last March this development isn't surprising, but for users happily anticipating iOS 8 it's an exciting development.

Keep in mind that using these features will require a phone that has a M7 motion processor. Currently only the iPhone 5s, iPad Air, and 2nd generation iPad mini feature the chip. The launch of iOS 8 might be the perfect time for you to upgrade from whatever generation you're using right now.

In this article: indoor positioning, iOS, ios 8, iPhone, ips, news
All products recommended by Engadget are selected by our editorial team, independent of our parent company. Some of our stories include affiliate links. If you buy something through one of these links, we may earn an affiliate commission.