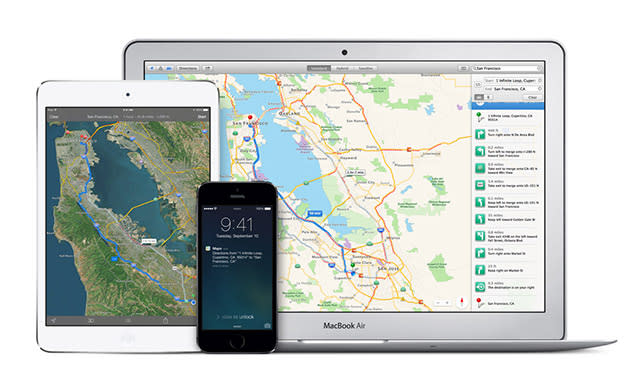 Last year, Apple bought a string of companies in an effort to better its rather unpopular Maps app, and it looks like Cupertino isn't quite done yet. According to TechCrunch, the company has also snapped up social maps app Spotsetter in a deal that's a lot more low-key that its Beats acquisition. Apple reportedly bought the company not only for its technology, but also for its two founders: former Google Maps engineer Stephen Tse and ex-Siemens consultant and FitFiend CTO Johnny Lee. Spotsetter, if you've never heard of it before, shows your friends' recommendations and trusted reviews of various establishments overlayed on a map. Also, you can use it to search for particular locations and see if your friends have been there, or to read reviews about them.

So, yes, it serves the same purpose as Foursquare -- in fact, it's one of Spotsetter's data sources, along with Facebook, Twitter, Instagram and quite a large number of online review sites. Apple hasn't confirmed anything thus far (though Lee already announced the company's closure a few days ago), but we don't see the app on either the App Store or Google Play anymore. If the deal is true, Spotsetter's features will likely be integrated into Apple's Maps app, along with technologies from WiFiSlam, Locationary, Embark, HopStop and Broadmap.

In this article: apple, IOS, maps, mobilepostcross, spotsetter
All products recommended by Engadget are selected by our editorial team, independent of our parent company. Some of our stories include affiliate links. If you buy something through one of these links, we may earn an affiliate commission.