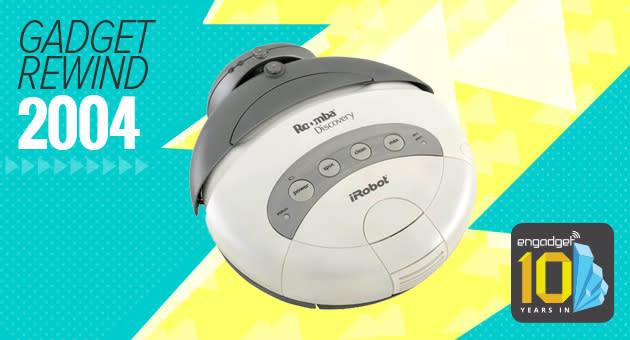 Little robot helpers found a place in our hearts and homes in 2002 when iRobot introduced the Roomba. This house-cleaning 'bot definitely made for an odd addition to the company's existing lineup of space exploration, minesweeping and tactical support devices. But beyond the novelty factor, the first Roomba model wasn't an immediate success for the company.

After heading back to the drawing board, iRobot released a vastly improved model in 2004 called the Roomba Discovery. It had enhanced cleaning powers, longer battery life and was significantly smarter. The Discovery may not have been a true replacement to traditional vacuuming, but it definitely justified its cost and earned a solid customer base. It was also affordable, costing only a couple hundred dollars compared to competitor products like the 2004 Electrolux Trilobite, which shot well past the $1,000 mark.

Whereas the first iteration of the Roomba spent most of its time traversing in ever-growing spirals and occasionally hugging walls and furniture edges, the Discovery had a better grasp of its environment. Its underbelly featured independently controlled wheels and a brushing mechanism for clearing away muck and mess that it stowed in an onboard, bagless bin. Sensors informed the Discovery when it had given most of a room enough of a cleaning, and even helped it return to the charging dock when it was finished. The Discovery was even smart about battery management: If its two-hour battery life was waning, it would head to the dock early to charge up.

Although the Discovery was better equipped to sense its surroundings, it wasn't foolproof. On many occasions, owners would find their confused robovac repeatedly seeking an escape from a wall corner, caught between table legs, or held up by wires or various other household items. And while it was a fairly successful solution for light housekeeping, the Discovery wasn't meant to thoroughly clean an entire house. It was designed merely to do a dry sweep of rooms, not mop floors. To cover that functionality gap, iRobot expanded the line in 2005 to include the Scooba, a model made specifically for washing and scrubbing floors.

iRobot's success with its Roomba and Scooba lines eventually led to a variety of spin-offs with dedicated functions. In the late aughts alone, the company released the Looj for gutters, the Verro for pools, the Dirt Dog for industrial workspace messes and the Roomba Pet Series. The Roomba line may have splintered off over the years to service different cleaning needs, but one thing has remained consistent: its ability to entertain pets.

In this article: 10yearsin, autonomous robot, cat rides, gadget rewind, gadgetrewind, gadgetry, gadgets, gear, home, household cleaning, irobot, robots, roomba, roomba discovery, scooba
All products recommended by Engadget are selected by our editorial team, independent of our parent company. Some of our stories include affiliate links. If you buy something through one of these links, we may earn an affiliate commission.