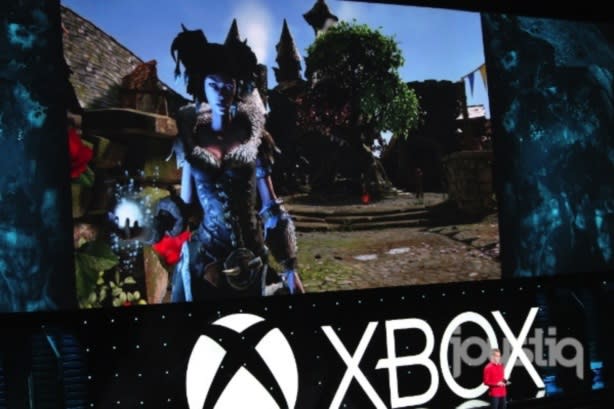 Fable Legends, the upcoming multiplayer-centric entry in the Fable series, will enter beta this holiday, Microsoft announced during their E3 2014 press conference. The game will feature multiple modes where players can take on the role of a Fable universe hero or, if you're feeling a bit more antagonistic, villain.

As we learned at Gamescom 2013, Legends trades the franchise's hallmark character customization for pre-defined heroes that round out a heroic RPG adventuring party.
[Image: Joystiq
In this article: e3, e3-2014, fable, fable-legends, lionhead, microsoft, xbox-one
All products recommended by Engadget are selected by our editorial team, independent of our parent company. Some of our stories include affiliate links. If you buy something through one of these links, we may earn an affiliate commission.