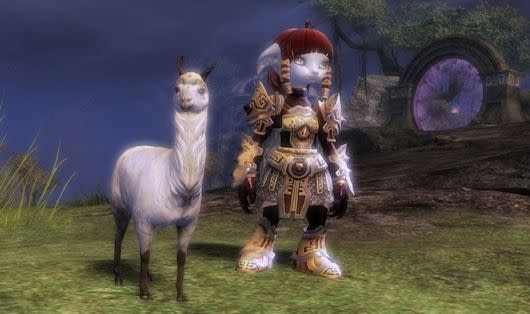 ArenaNet has just announced Guild Wars 2's Tournament of Legends 2, the prelim matches for which are scheduled to begin in July for European and American participants. PvP-inclined players can sign up as early as this Friday. Says the studio,

The sign-ups for Tournament of Legends 2 will be handled on a first-come, first-served basis and will accommodate up to 128 teams. Participating teams will be evenly divided between four qualifier tournaments, and the top two teams from each qualifier will move on to the Tournament of Legends Championships. All matches will be hosted on the weekends, with qualifying matches beginning in July. You can expect a full schedule of dates and times to be released later this week.

Prizes for the top-finishing team include legendary weapons; other competitors are eligible to win precursors, Black Lion Weapon Tickets, and an exclusive llama minipet.

[Update: Signups are now live!]
In this article: anet, arenanet, buy-to-play, fantasy, guild-wars-2, gw2, ncsoft, pvp, tournament-of-legends
All products recommended by Engadget are selected by our editorial team, independent of our parent company. Some of our stories include affiliate links. If you buy something through one of these links, we may earn an affiliate commission.