A surfboard attached to a firehose is a... hoverboard? 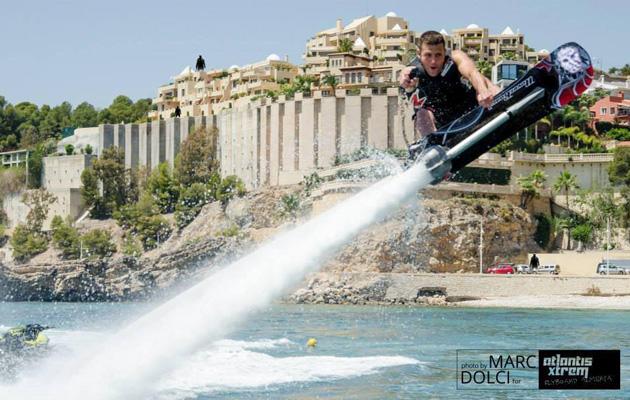 A few years ago, JetLev developed a jetpack that let users float in mid air, so long as they were on the water. Using that same principle, French jet ski champion Franky Zapata developed the Flyboard, which let you follow behind a speedboat with a set of water-powered rocket boots. A few years later, and Zapata is back with the Hoverboard, which does the same job, but attached to a board with a single nozzle hanging out back. Now, aquatic daredevils and perform tricks and stunts to shame nearby surfer dudes. If there's one downside, it's that you'll spend the better part of $6,000 on one of the units -- not to mention owning or having access to your own speedboat.

In this article: Dude, Extreme Sports, Flyboard, Franky Zapata, Hoverboard, JetLev, Stunts, video, Water
All products recommended by Engadget are selected by our editorial team, independent of our parent company. Some of our stories include affiliate links. If you buy something through one of these links, we may earn an affiliate commission.