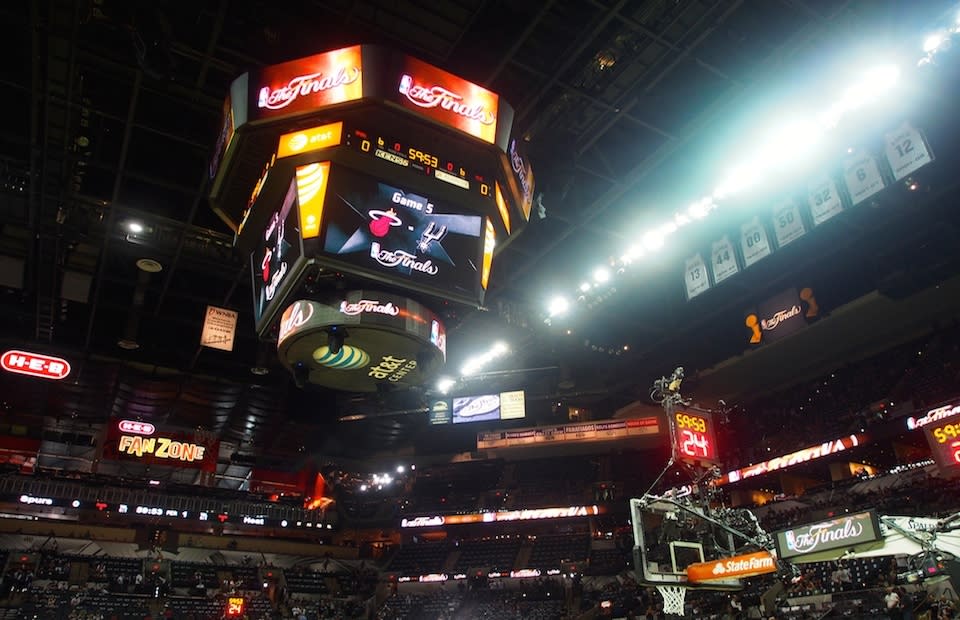 San Antonio is known for a few things: the Alamo, the River Walk and the Spurs. In 2014, as was the case last year, the NBA Finals saw the Miami Heat and San Antonio Spurs battle it out for basketball glory, though this time, the team from Texas had the benefit of home-court advantage. For Game 5, which San Antonio ultimately won, the AT&T Center was a full house (it always is, really), packed with fans and a ton of broadcasters, journalists and other members of the media from all over the world. So what's it like behind the scenes? Let's find out. 10
In this article: Basketball, hands-on, hdpostcross, Miami Heat, NBA, NBA Finals, NBAFinals, San Antonio Spurs, Sports, Spurs
All products recommended by Engadget are selected by our editorial team, independent of our parent company. Some of our stories include affiliate links. If you buy something through one of these links, we may earn an affiliate commission.