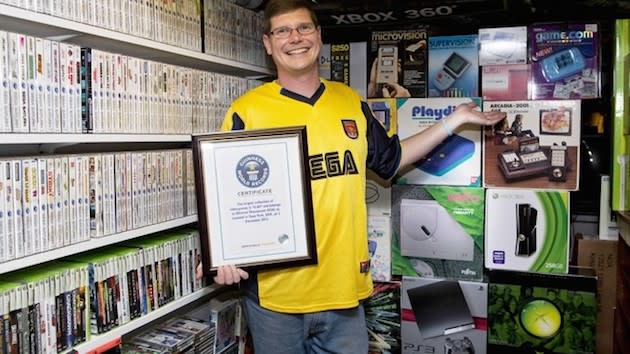 Remember the story of Michael Thomasson, who was forced to sell his collection of video games? The Guinness world record-holding haul was eventually snapped up for a whopping $750,250. The unnamed bidder, now short three quarters of a million dollars, will take ownership of one of the largest video game libraries in private ownership, including some more avant-garde pieces of hardware including NUON and the Tapwave Zodiac. Assuming that you weren't the lucky bidder, it's probably time to start hunting through the bins at the back of Gamestop to start your own from scratch.

In this article: Auction, Collection, Guinness World Record, Michael Thomasson, Video Game
All products recommended by Engadget are selected by our editorial team, independent of our parent company. Some of our stories include affiliate links. If you buy something through one of these links, we may earn an affiliate commission.