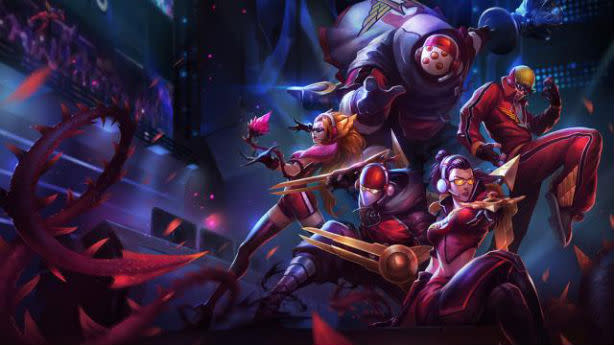 Robert Morris University in Chicago put out a call recruiting League of Legends players to its first varsity eSports team earlier this month. According to Riot Games, RMU will become the first university to offer a competitive team at the varsity level, and will offer scholarships to players "of up to 50 percent tuition and 50 percent room and board."

RMU is in the process of recruiting its team to join the Collegiate Star League (CSL) in the fall quarter, beginning in September. The CSL consists of teams from 103 educational institutions, including Arizona State, George Washington and Harvard, though RMU is the only one currently offering scholarships for competition. Robert Morris University's team comprises one varsity team and two practice teams.
[Image: Riot Games]
In this article: esports, league-of-legends, pc, riot-games, rmu, robert-morris-university, scholarships, varsity
All products recommended by Engadget are selected by our editorial team, independent of our parent company. Some of our stories include affiliate links. If you buy something through one of these links, we may earn an affiliate commission.