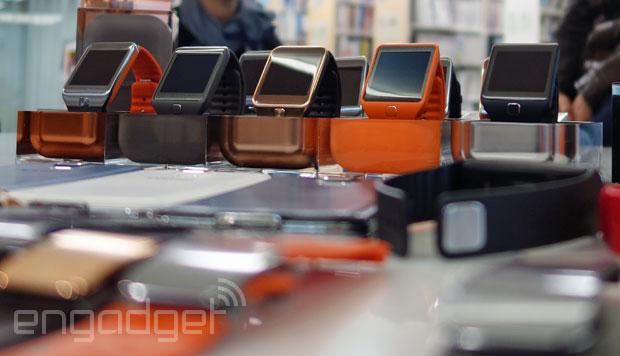 Next week is Google's big developer conference, and according to a rumor from CNET, Samsung will be at center stage with a smartwatch running Android Wear. The usual unnamed people in the know suggest Samsung's watch could even be a giveaway for attendees. Motorola and LG are also named as launching devices, although whether that includes the G Watch we've seen so much of is unknown. Google's video for developers gives a lot of hints at what the Android Wear experience will be like, but even with a number of smartwatches already on the market, we're ready to see what hardware innovation is still possible. The other factor is Samsung's internal decision between Android and its own OS, Tizen. It's launched Tizen-based watches and phones, switched the original Galaxy Gear device to Tizen from Android, and prepared for TVs based on it.

In this article: android, androidwear, googleio, googleio2014, samsung, smartwatch, wearable
All products recommended by Engadget are selected by our editorial team, independent of our parent company. Some of our stories include affiliate links. If you buy something through one of these links, we may earn an affiliate commission.