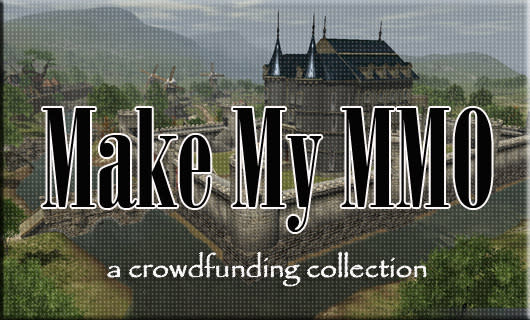 This week in MMO crowdfunding news, golden oldie World War II Online assured itself of a new client update thanks to a successful Indiegogo campaign. The genre's first and arguably best MMOFPS raised over $10,000, which it will spend on a new test server as well as PC and Mac client updates.

Elite: Dangerous developer Frontier made headlines based on the size of its (expanding) dev team, and fellow space sim Star Citizen stirred up some controversy thanks to its hyper-realistic flight model manifesto. Oh, and don't forget to watch that crowdfunded EVE Online documentary when it premieres next month!

The rest of our weekly crowdfunding roundup is hiding on the other side of that hypergate.

Kickstarter puts the the fate of fledgling MMOs in the hands of gamers. Which will live and which will die? Check the pulse of MMO crowdfunding with Massively's Jef Reahard every Wednesday in Make My MMO. And for a look at non-MMO crowdfunding, don't forget Joystiq's Crowdfund Bookie.
In this article: business-models, crowdfunding, elite, elite-dangerous, eve-online, frontier, kickstarter, kickstarters, make-my-mmo, mmo-industry, pledge, star-citizen, take-my-money, world-war-2-online, world-war-2-online-battleground-europe, world-war-ii-online, ww2-online, ww2o
All products recommended by Engadget are selected by our editorial team, independent of our parent company. Some of our stories include affiliate links. If you buy something through one of these links, we may earn an affiliate commission.