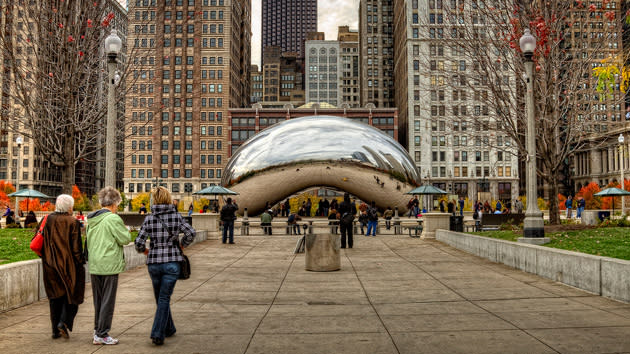 Apparently, Chicago is becoming even more like its Watch Dogs doppelganger than we first thought. Researchers are deploying networked, sensor-equipped lamp posts from this July onward to learn how they could help urban planning and safety. They'll collect environmental data like air quality, noise levels and wind, and they'll also measure foot traffic by counting the number of passing cellphones. If the project takes off, Chicago officials could easily tell if air pollution is on the rise, or if a narrow sidewalk is creating a choke point.

That may seem a bit Orwellian at first glance, and there is a concern that the pedestrian info could be used in tandem with other monitoring techniques to get a better idea of someone's daily activity. However, team scientist Charlie Catlett tells the Chicago Tribune that all the data collection is anonymous -- the smart lights won't be identifying people, recording sounds or taking pictures. That's not going to completely assuage privacy advocates worried about a surveillance-happy government, but the initiative may pay off if it makes urban life a little more bearable.

In this article: ArgonneNationalLaboratory, chicago, city, culture, infrastructure, internet, internetofthings, lampposts, lightposts, timeline16smarturbcity, universityofchicago, urban, urbancenterforcomputationanddata, urbanplanning
All products recommended by Engadget are selected by our editorial team, independent of our parent company. Some of our stories include affiliate links. If you buy something through one of these links, we may earn an affiliate commission.