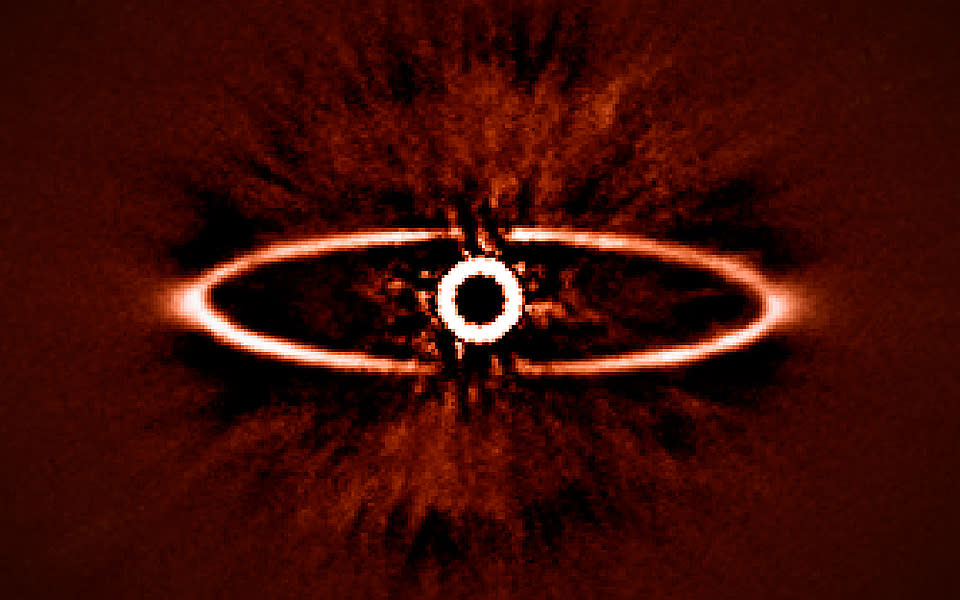 Nope, that isn't a grainy leaked photo from a new Lord of the Rings spin-off up above; it's actually an image of a space-dust ring surrounding nearby star HR 4796A. The star is part of the Centaurus constellation, and this picture was taken by the European Southern Observatory's (ESO) Very Large Telescope that's been recently outfitted with a SPHERE instrument. What's the SPHERE? According to the ESO, it's the Spectro-Polarimetric High-contrast Exoplanet Research tool that has a main objective of studying extra-solar planets that orbit nearby stars. As Space notes, not only does this picture capture a very Eye-of-Sauron vibe overall, but it's also a showpiece for just how powerful the SPHERE tool is. Namely, it's able to kill enough of the glare to make the actual fiery ball of gas visible, something Space says is essential to discovering more and more celestial bodies.

In this article: centaurus, eso, hr4796a, sauron, science, space, sphere, TheBigPicture, VeryLargeTelescope
All products recommended by Engadget are selected by our editorial team, independent of our parent company. Some of our stories include affiliate links. If you buy something through one of these links, we may earn an affiliate commission.