The Moto C series could be Motorola's most affordable yet 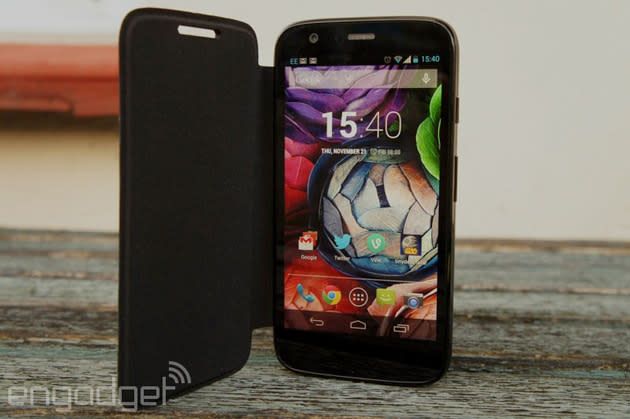 The Moto G is a fantastic smartphone for the price, but Motorola knew it could make the handset even better with just a few small tweaks. Thus, the Moto G with LTE and expandable storage (thanks to a microSD slot) was born, and today it's become available in the UK after launching in the US last week. Phones 4u has declared first dibs on the device, and is offering the phone free from £19 per month on contracts, for £150 on pay-as-you-go, or £160 unlocked -- the retailer is also claiming exclusivity on the new white model until the end of July. A number of other sites are expecting stock sometime this week, at which point we hope to see a repeat of the discounted pricing war that was fought over the Moto G shortly after launch. Hold off a week or two, and we imagine you'll be throwing £20-£30 less at your screen. Bargain.

In this article: motog, motoglte, motorola, motorolamotog, phones4u, smartphone, uk
All products recommended by Engadget are selected by our editorial team, independent of our parent company. Some of our stories include affiliate links. If you buy something through one of these links, we may earn an affiliate commission.