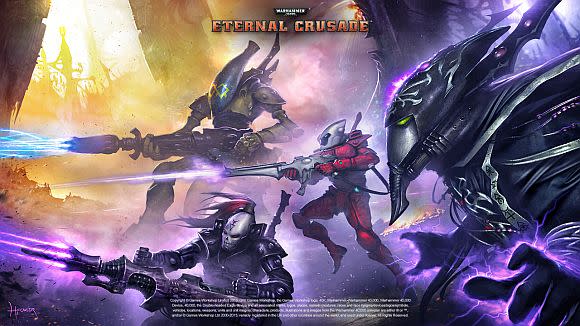 In a post on the official Warhammer 40,000: Eternal Crusade forums last night, Behavior Interactive Lead Designer Brent Ellison announced the basic class list for the coming game. The classes are:Why do the Eldar have more classes than the others? Ellison explains that while the other factions are flexible, the Eldar are highly specialized: "[The Eldar have] as much customization as the other factions, [but] it's spread across a larger number of classes, and there are fewer combat roles per class. Our goal is to do justice to each faction, so rather than try to cram the same system into the Eldar, we opted to widen their class selection in order to give them the roles they needed to be competitive on the battlefield."