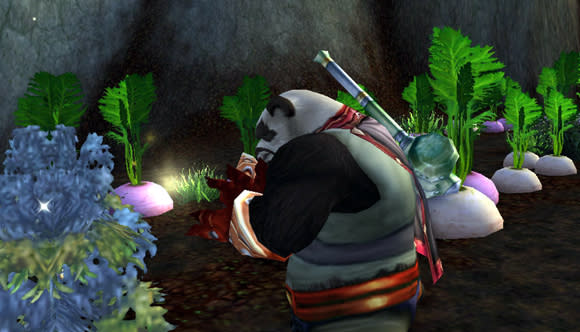 Whatever your most time-consuming WoW task, it's probably not as time-consuming as Doubleagent's recent grind up to level 90 without choosing a faction. But now that it's proven you can reach end-game levels without picking a faction -- and thus being able to leave the Wandering Isle -- will others be jumping on the bandwagon to be a max-level neutral? With 174 days /played to get there, I'm guessing no.

However, there are plenty of players who are willing to dump lots of time into getting achievements like The Insane -- and without much to do until Warlords -- maybe I'm wrong. So whether you're planning to level a neutral of your own or not, why not get talking about long-term WoW goals -- what's the task you've spent the longest on in WoW?
In this article: featured, game-discussion, gamer-discussion, world-of-warcraft-discussion, world-of-warcraft-topics, wow-discussion, wow-hot-topics, wow-issues, wow-topics
All products recommended by Engadget are selected by our editorial team, independent of our parent company. Some of our stories include affiliate links. If you buy something through one of these links, we may earn an affiliate commission.