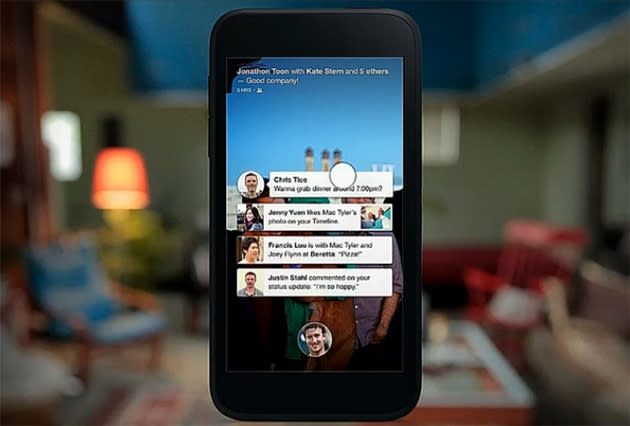 Remember Facebook Home? The Android homescreen replacement that Facebook hoped would change the way we interacted with our phones -- and the titanic social network -- from now on? The one that tragically failed to catch on with the Android-using public at large and hasn't been updated since January? Yeah, that one. Turns out, the situation at Home may be even more dire than expected. Mike Isaac at the New York Times' Bits blog reports that the original team that worked Home has been disbanded, but don't count Home out yet. We reached out to Facebook to see what exactly this means for Home's future, and a spokesperson confirmed that yes, there is a team still working on and supporting the app.

So Home isn't dead yet, but it'd be good company if it was. After all, Facebook has seen (and disposed of) its share of mobile flubs these past few years. Poke, FB's Snapchat clone officially bit the dust earlier in 2014, and the social giant released a Camera app that never really went anywhere shortly after it bought Instagram. And could forget the HTC First? It wasn't the first Facebook phone to hit the streets, but it did some with Facebook Home pre-installed... and it sure fell into the bargain bin in a hurry.

None of this is meant to imply that Facebook outright sucks at mobile -- far from it. Its story-centric Paper app is one of the best ways to sift through the sheer amount of stuff peppering your News Feed, and the required reciprocity built into Slingshot is a nifty approach to a well-worn path. Home was something more ambitious, and stands in pretty stark contrast to the other piecemeal apps that bear Facebook's blessing. It was a way for the company to inject your social everything right into the heart of your homescreen. Facebook seems to be dialing back on its desire to own the whole experience of using a smartphone, but it hasn't completely given up yet.