Every musician is basically a YouTuber now

Recommended Reading: The life of a dropshipper 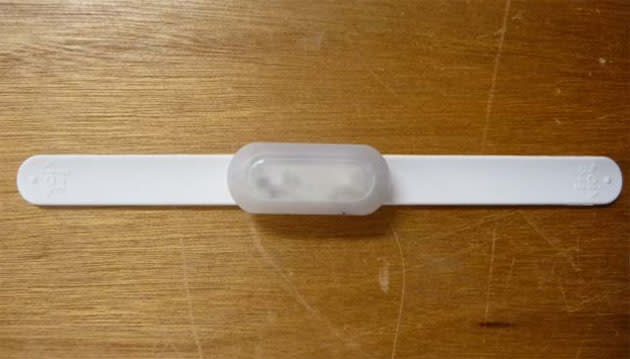 Remember FreFlow? Sony tested the concept of synchronized glow pens a couple of years ago at a few concerts in Japan, turning the audience into the spectacle (see the video below). Judging by a recent entry at the FCC, it looks like it's set to go from prototype to product. Here's how it works: when performers on stage wave the master pen around, concert-goers' pens light up and change color in unison. There's a master transmitter/controller to manage the works. We're not sure how Sony would distribute them if they came to the US, given that concert venues and groups would have to support the devices. Either way, if you're into that sort of thing it's a lot easier than whipping out a smartphone -- and less hazardous than a Zippo.

In this article: concerts, FCC, FreFlow, GlowStick, sony, synchronized, wearable
All products recommended by Engadget are selected by our editorial team, independent of our parent company. Some of our stories include affiliate links. If you buy something through one of these links, we may earn an affiliate commission.